David served six years in the US Navy before starting his career in aviation. He has accumulated 40+ years experience in corporate, international charter and regional airlines. He also has over twelve years of experience at FlightSafety International as a LevelD simulator instructor in the Saab 340 and EMB-145. He is type rated in both along with the Metro IV and KingAir 350i. Today he is semi-retired in St Charles Missouri with his wife and two Newfoundland dogs.

Bill has 50+ years experience as an aeronautical engineer in the airline business, starting at BOAC. He has traveled extensively both flying and as an engineering manager. He currently lives in the USA, working with a major aerospace firm with a focus on A350 and Russian OEMs . 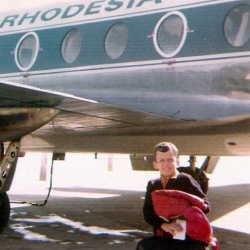 Henry's background is in the music industry. Henry has been a flight sim fan for many years. He specializes in classic airline research and has done much to keep our schedules accurate and period correct. Henry is retired and enjoys traveling.