Remember: Weekly and weekend flights are merely suggestions. You may fly any flight you desire 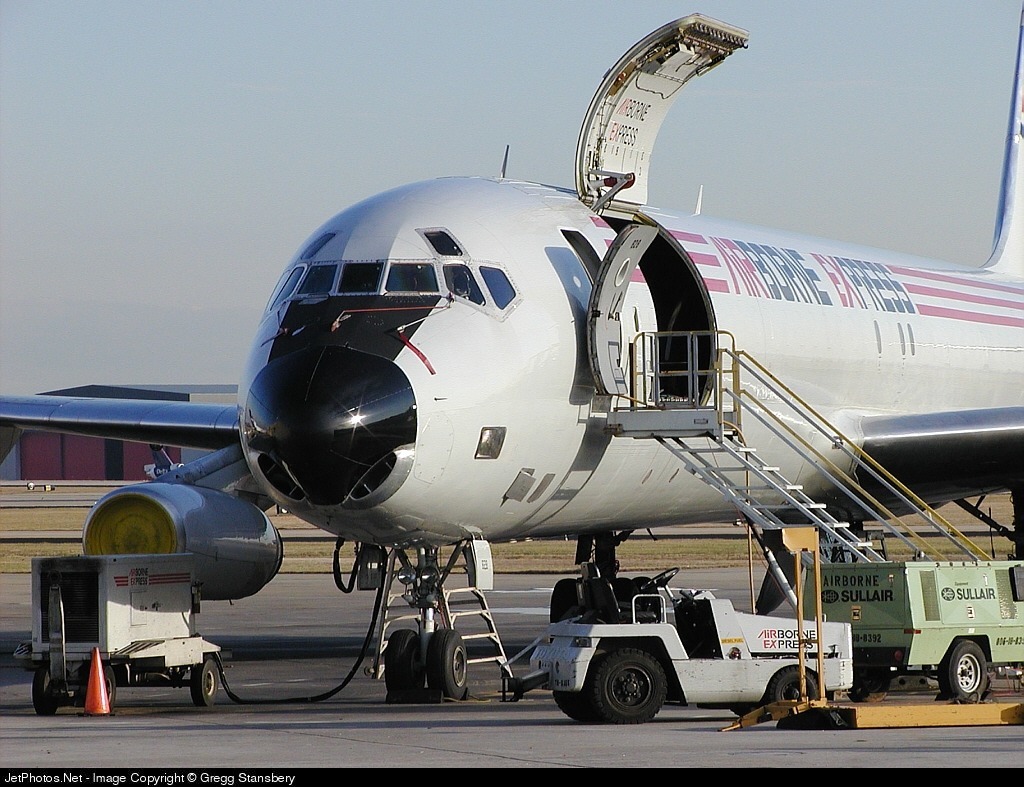 Airborne Express Returns:  We're in the process of bringing back some classic cargo operations with Airborne Express. Using their DC8-63(F), DC9-33(F) and YS-11F, we'll be visiting a wide variety of airports this spring. 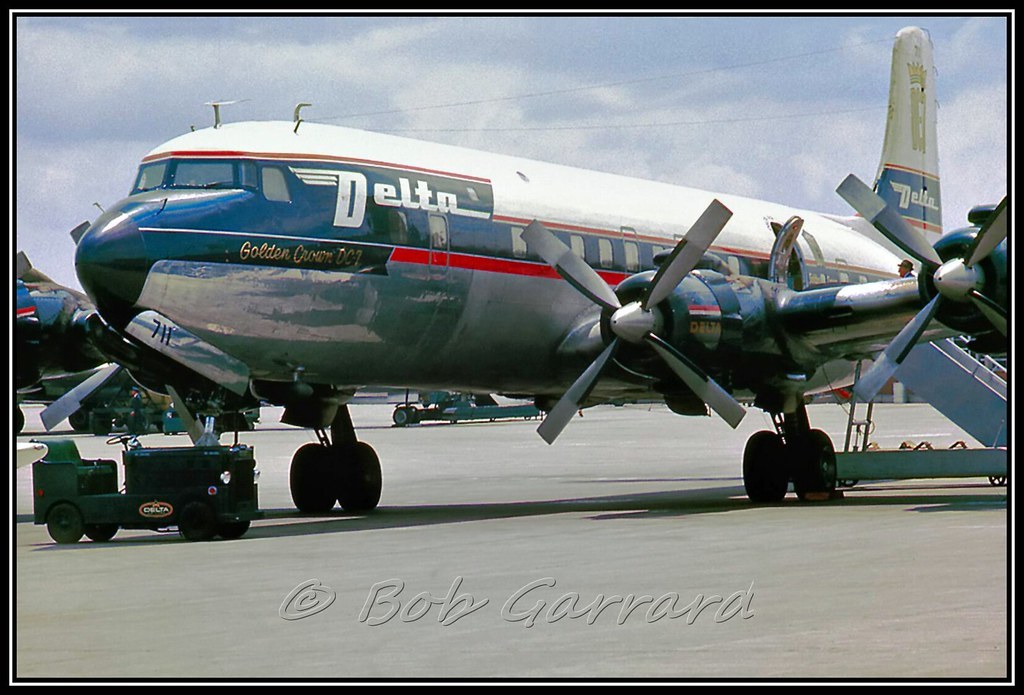 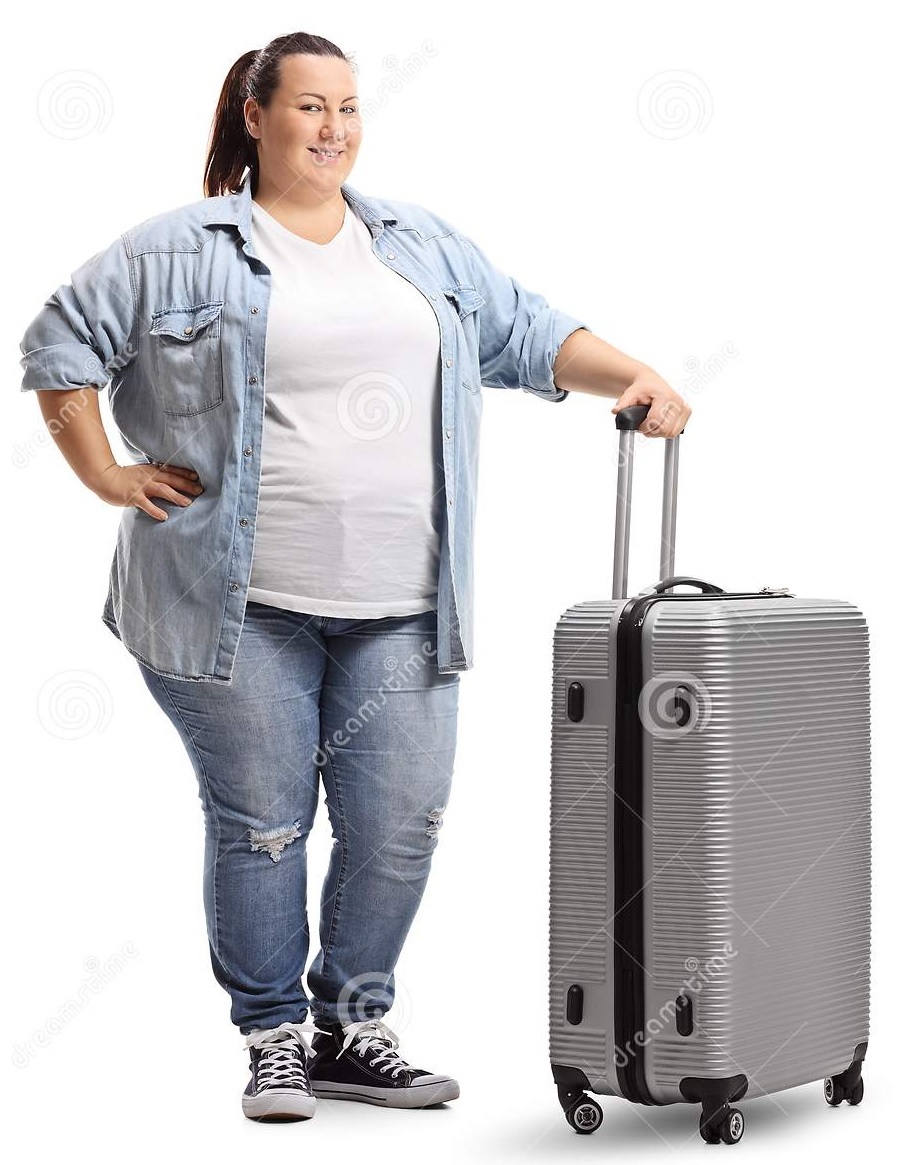 An Historical Look At The Douglas Aircraft Company:

An interesting article and a different perspective on the rise and fall of the Douglas Aircraft Company.

The DC7: Crossing the Continent 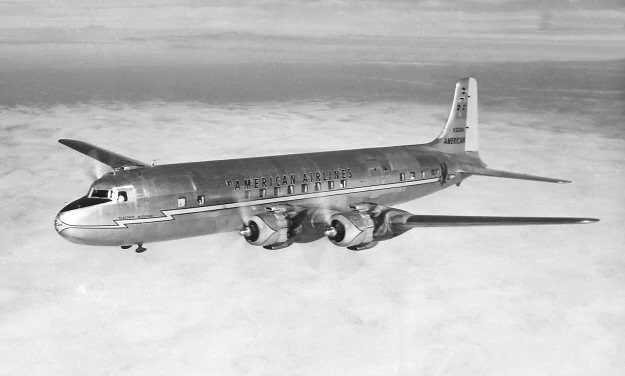 American Air Line’s C.R. Smith sat in his office wondering why he couldn’t fly across the country non-stop. Flight crews were limited to eight hours by FAA regulations, so Smith needed a faster airplane. Now C.R. Smith had worked with Donald Douglas on every type of airliner Douglas designed. He met with Douglas and said he wanted an aircraft that could cross the continent non-stop in either direction. Douglas hesitated, but Smith told him he would buy 25 right now if Douglas would build it. So, Douglas designers took the DC-6B and stretched it, widened it, added bigger engines. The result was the DC-7, which could fly across the country non-stop, though just barely. Eastbound with the trade winds wasn’t a problem. Strong winds could cause westbound flights to have to land in Chicago or Dallas for a crew change when flight times would exceed eight hours, the FAA limit. Westbound DC-7 flights meant running close to 100% power at lower altitudes in order to make the eight-hour limitation. The DC-7B was a little better, but those first non-stop transcontinental flights worked the DC-7 fleets hard; and work them hard they did.

At American Air Lines, they were called Mercury flights, with Non-stop DC-7 service between Los Angeles and either Washington DC, New York, or Boston. Same for San Francisco. Typically they had four daily afternoon flights in each direction, all using the DC-7 and later the DC-7B. American had 58 DC-7/DC-7B’s in their fleet, the majority configured with 69 First-Class seats.

At United Air Lines they bought 57 DC-7’s at over $800,000 apiece. United’s DC-7 flights were known as Red Carpet flights, also with 69 First-Class seats. They had three non-stops from New York/JFK to Los Angeles every day, and three more to Oakland as well. From Chicago, United flew their DC-7’s to almost every major city.

TWA countered by putting two of their L1049G Constellations on the New York to Los Angeles route as well, one daily flight each way. The L1049G was slower than the DC-7, and carried fewer passengers too. Both the L1049G and the DC7 used the same P&W R3350 engines though.

Eastern bought 49 DC-7B’s and flew them on regular domestic flights, as well as New York to San Juan and Mexico City. Eastern stayed primarily in the eastern half of the United States.

Then there was an order for ten DC-7’s from this smaller airline in Atlanta; Delta Air Lines.  Delta was an up-and-coming local service airline that had just merged with Chicago & Southern Air Lines, and was known for a while as Delta C & S.  They bought ten DC-7’s in 1954 and used them to jump into the lucrative First-Class Service market. Delta’s DC-7s were all First-Class, configured with 69 seats like American and United. Known as Royal flights, they started with non-stop service between Chicago and Miami. Unlike American and United who were running their DC-7’s ragged trying to cross the country in under eight hours, Delta flew their shorter routes at normal power settings and enjoyed great success with their DC-7s. Delta spent their advertising money wisely, drawing paying passengers to their luxury flights and flying to 18 major cities, accounting for 53% of Delta’s seat-miles flown in 1958. For Delta Air Lines, the DC-7 played a significant part in bringing their local airline into major airlines status. 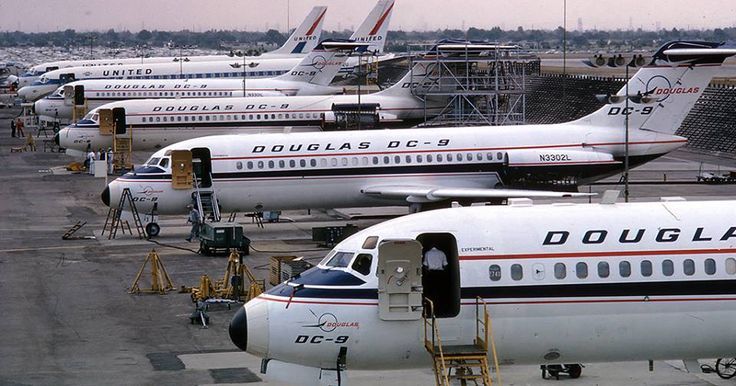 Following the success of the DC8 program, in 1962 Douglas began to design a medium-range airliner that could serve smaller communities economically. Sounds easy enough, but at the time this was no easy task to accomplish. To be jet-powered, it would need a whole lot of fuel; jet engines at the time were notorious gas-guzzlers. This additional fuel would drive the weights up, which in turn would require new aerodynamic designs to keep the landing and takeoff speeds to a lower figure, enabling the use of smaller runways. Boeing was working on the 727, which borrowed a lot of its design from the 707. Douglas designers were a different sort. They went with a clean-sheet design, calling it appropriately enough, the DC-9.

The design team came up with an airplane that could carry 63 passengers. The airlines wanted more paying seats to pay for all that Jet-A. The final design was a 90-seat, single class, twin jet with two aft-mounted engines and a clean, swept-wing design. With the engines up on the tail, the landing gear was shorter, making baggage handling easier. It would have an APU in the tail and built-in airstairs, making it completely self-sufficient on the ground. The cabin was only 5” narrower than the DC-8 cabin, with the same headroom and five-abreast seating. It had the same P&W JT8D engines as the 727, and could carry up to 24,700 lbs. of fuel. All this meant that Douglas’s DC-9 could fill every seat and fly legs up to an hour and a half long, profitably. And that was exactly what it did.

The airlines snatched them up as quickly as Douglas could build them. The major airlines quickly replaced their older piston airplanes with the newer jets. Smaller airlines suddenly saw a jet they could afford. 147 DC9-10’s were delivered; the first ones going to Delta Airlines. When Boeing announced the 737-200 with 102 seats, Douglas stretched the DC9-10 and quickly launched the DC9-30 series, with 115 paying seats. The new version weighed more, but a new, wider wing actually reduced landing speeds. This was mostly due to Douglas’s use of full-span leading edge slats on the new wing. These were easier to manufacturer and operate than Boeing’s Krueger flaps, and took up less wing space, space needed for fuel. Over six hundred DC9-30’s rolled down the production line.

The DC9 was easy to fly, and only required two pilots, another cost savings. It could climb to FL350 if needed and go M.80, but it could also operate in the lower altitudes on shorter flights, economically. There wasn’t hardly an airport it couldn’t fly into and out of, and it could do it all day long. 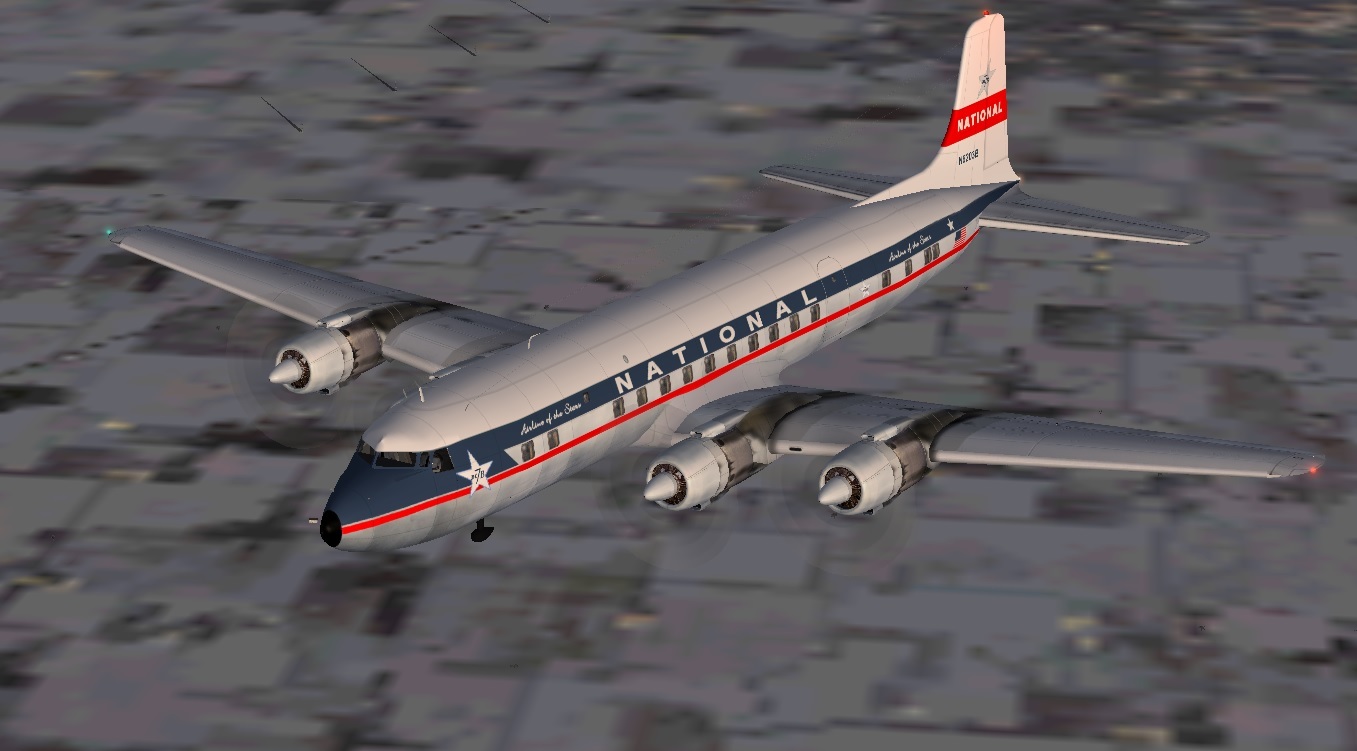 National Airlines was founded by 35-year-old George Baker in 1934 in St Petersburg, Florida. Two small Stinson’s flew a few routes for a year to see if there was a market there. He soon discovered there indeed was, and within two years he had bought a pair of Lockheed Electra 10’s. He used them to fly between several Florida communities like Miami, Tampa, St Petersburg, Ft Myers, Sarasota, Daytona Beach, Orlando and Lakeland. He called his new airline National Airlines.

Traffic grew by leaps and bounds. In 1938 they flew 653,688 passenger miles. In 1939 that figure more than doubled. In 1940 it almost tripled again. In 1940, National Airlines switched from the Electra to the Lockheed Model 18 Lodestar, serving cities from Miami to New Orleans. National also flew C-54's for the USAAF during the war, providing National with a valuable source of income. After World War Two, National was awarded rights to fly to New York and other east coast cities from Miami. National moved their offices to Miami; began service from Miami to Havana; and purchased ten new DC-4’s from Douglas Aircraft to fly non-stop from Miami to New York. National was soon making good money on their east coast flight network. A year later in 1947, National ordering 21 new DC-6’s, cutting an hour off the lucrative Miami to New York run. National catered to the average American travelers, the families on a budget. Low fare specials during the off-season were normal.

In the 1950’s, National expanded their fleet to include nine Douglas DC-7’s, four Lockheed L1049’s, and two Convair 340’s. In 1958, National leased a 707 from PanAm and began jet service between Miami and New York; the jet remained in PanAm colors though. In 1959, National purchased seventeen Lockheed L188 Electra II’s to replace their piston-engine fleet. As the 1960’s began, National flew primarily along the east coast and gulf coast of the United States. Then in 1961, National got the right to fly to California. Using seventeen newly purchased DC-8’s, National flew between Florida, Los Angeles and San Francisco. Flights from New Orleans and Houston also flew to California. 48 new 727’s were ordered for delivery in 1964, as Electra II replacements after the fatal L188 crashes.

In 1962 George Baker retired, replaced by Louis Maytag Jr. Mr. Maytag trimmed the aircraft fleet to just two types by 1968- nineteen DC8’s and the 48 727’s. In 1970 National purchased two Boeing 747’s and began non-stop service from Miami to London and Miami to New York. Also in 1970, National began taking delivery of fifteen new DC-10’s, and put them to good use on their domestic markets. From their Miami offices, National dominated the rich Florida and gulf coast markets, while new non-stops to Europe from Houston and New Orleans increasing their international presence. But this was the 1970’s, and wall street takeovers were the business norm at the time. Eastern and Texas Air both made unsuccessful attempts to take over National, but it was Pan American who won in the end. As the decade came to a close, PanAm paid a tremendous price and bought National Airlines, and their extensive domestic network that PanAm needed so badly to survive.

However, the marriage did not go well. PanAm and National just couldn’t integrate their domestic and national networks well. Both airlines evolved with totally different work principles, and working together would be difficult at best. When PanAm shut down eleven years after the merger, it took a profitable little Florida airline down with it.