Remember: Weekly and weekend flights are merely suggestions. You may fly any flight you desire

Looking for something to do? HAG is always willing to let you help out. We don't pay anything, but you get to participate a little more. And also, Happy Christmas Holidays to all! 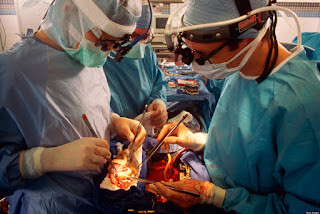 It was Christmas Eve in the year 2007. I was flying for a company in St Louis doing organ transplant flights. These flights were fairly predictable. About 15 minutes after you go to bed you get a call from dispatch: You have an organ flight. You now have 45 minutes to get to the airport, pull the plane out, fuel it and be ready to go.

T-44 min. File the flight plan. Thanks to Fltplan.com, I always have stock flight plans ready to go. We normally go to the same destinations, maybe half a dozen all together. I update the departure date and time on the applicable flight plan and file it. Get dressed, out the door!

T-37 min. As I begin driving to the airport, which is 12 minutes away, I call the ramp service guys. Tell them we're a go and they start pulling the airplane out. Next call is to the copilot, Jeff. I make sure he was alerted and then tell him to grab some doughnuts on the way to the airport.

T-25 min. Arriving at the airport, the ramp guys have just gotten the doors open and are about to pull the airplane out. I begin my preflight as they start moving it, pausing at the wingtip to ensure proper clearance exiting the hangar. Once outside, and with preflight completed, I dash back inside as they begin fueling. Normally we just top off the outboards. I wish we could just leave them topped off and save a few minutes, but the company prefers not to. Jeff arrives, puts a couple of Diet Dews and the doughnuts in the cabin. We know our passengers well.

T-10 min. I start a fresh pot of coffee. We usually have the filters loaded and ready to go, water in the pot already. Just pour, set and start. Next I go to the computer and print out the flight plans, check the weather and print out a copy. Jeff and I review the weather quickly. I then take my flight bag out to the plane.

Zero Hour. The two hospital representatives arrive. A quick brief ("Clear skies, should be a smooth flight"), and we board the two ladies and start engines. I run the taxi checklist as Jeff picks up the clearance from ATC. In short order we launch into the night sky just before midnight.

We fly to Springfield MO on this particular night. They have a trauma hospital there that serves the entire region. This is where you normally find transplant donors. We pull up to the ramp at the FBO and the ambulance is waiting. I leave the right engine running with Jeff remaining in the cockpit. Outside by the left wing the ladies are quickly doing paperwork and handing me the sample boxes. These are blood and tissue samples. They'll be tested back in St Louis to make sure the donor is compatible with the receiver. Once the samples are properly checked and signed for, they head off to the hospital and I climb back aboard. They will go and make sure the operating room is ready and waiting for the doctor when he arrives later. They will also brief hospital staff and talk to the donors relatives to reassure them that what they are doing is a good thing. They also make sure that we are not getting a liver from an alcoholic. Meanwhile we fly back home and deliver the samples to the ambulance waiting at the airport.

We head home for about five or six hours rest. If the samples are all good and everything is a go, we will get a call and we repeat steps one through five again. This time we take down the doctor and one or two assistants. We land in Springfield, they head off to the hospital. My copilot and I make sure the return flight plan is filed, double check the weather and then head to the crew lounge for a few hours in the Lazy Boy chairs. Around four hours later we get the call, they're about to leave the hospital.

We grab some coffee, check weather one more time and go out to the airplane, giving it one more look over. If it's an icy night we would have had it in the hangar. If it's snowing or worse, we'll keep it in the hangar and load there, then get towed out and launch. But tonight is a clear night. I start the right engine and warm up the cabin. A few minutes later the ambulance, lights flashing and siren wailing, races out on the ramp and pulls up next to us. Another reason to have lights on- More than one ambulance has raced onto a dark ramp and then drove around trying to figure out which airplane to go to. Everyone, the first two women techs, the doctor, the assistants and their two organs (a liver and a kidney) climb aboard and we quickly start and call for taxi. As we head to the runway we have a problem. The left generator won't come online. We try several different things but the yellow light stubbornly refuses to go out. Back in St Louis, two people are already in the operating rooms in preparation for receiving these new organs, on Christmas morning no less. I discuss the situation with my copilot. It's just under an hour flight. If the other generator quits enroute, we will have 30 min of battery life left. If we go and it quits in the first 30 minutes, we'll come back. If we go and it quits late in the flight we know we can make it. The weather is still clear and a good tailwind will reduce the flight time to just under 50 minutes. We decide its a risk worth taking. We turn off everything we won't need: second radio, ADF, excess cabin lighting, so as to reduce the load on the operating generator. We launch and everything goes smoothly. Back home the organs are whisked off to the hospital and we call it a night. It's Christmas morning. Maintenance comes out later and checks out the problem. A faulty switch. A new one is installed and all is ready for our next trip. I open presents with my wife and then sleep most of the day. I do love this job. 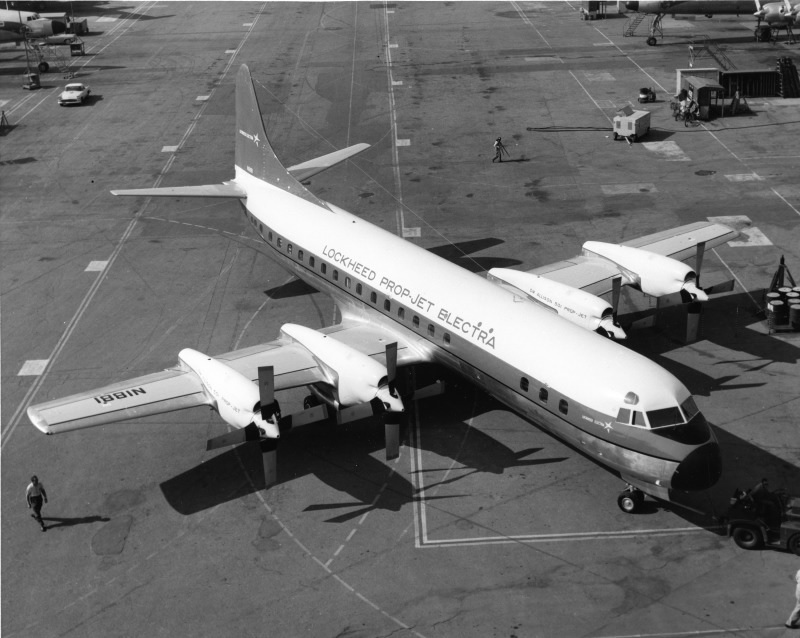 In 1954, the prototype Boeing 707 flew, followed soon after by the Douglas DC-8. The jet age was upon us, and these piston engine airliners needed to be replaced. Not that they were old; they weren’t. But the traveling public saw jets and wanted jets. Every time a 707 or DC8 was delivered, a Constellation or DC7 was parked. If you were flying pistons across to Europe still, you were yesterday’s news.

Now the 707 and DC-8 were the first step. International and transcontinental non-stop service was now available at 80% the speed of sound. This pushed all the big props into the regional and national markets. What the airlines needed was a standard jet for the smaller market. Nobody was sure this was even possible though. The first jet engines were not economical at all. A profitable, short-range jet airliner was being considered, but the airlines wanted an alternative, just in case the short-range jet didn’t work out.

Vickers of England had recently come out with their Viscount, a four-engine turboprop that was quicker than a Constellation and had jetprops for power. It could land anywhere, carry up to 75 paying passengers and turn a good profit doing it. Here in America, Capital Airlines approached Lockheed about a similar design for its regional route structure, but the first designs were unimpressive. So Capital went with the Viscount. American Airlines and Eastern showed Lockheed they still had interest, but the design needed to be completely redone. Boeing and Douglas sketched a turboprop themselves, but never really got behind the idea. Lockheed’s design was basic, reliable transportation, and it had the potential to keep Lockheed in the airline business in a strong way.

Lockheed’s problem was that this new design only had one solid customer- American. Eastern still had interest- they were loaded down with DC-4’s, DC-6’s, DC-7’s and Constellations. This new design could potentially replace them all. VASP in Brazil showed some interest, as did Australian, but this project would have to be done as inexpensively as possible, for the risk was high. Lockheed made their new design, the L-188 Electra II, twenty feet longer than the Viscount, six feet wider and six feet taller. They went with four new Allison T56 turboprop engines, each turning state-of-the-art Aeroproducts propellers. These engines had 3750 shaft horsepower apiece, compared to the Viscount's Rolls Royces' 2000 shp. It also could carry 85-98 passengers, compared to the Viscount’s 75, and was eighty knots faster than the Viscount, too.

American Airlines loved it. Economical and burning Jet-A, it was just what they needed. American bought 35; Eastern ordered 40. Braniff ordered several, as did Northwest and several others overseas. Even the US Navy wanted them, as their newest sub hunting aircraft. The future looked bright for Lockheed employees. The aircraft went into airline service in 1959.

With most of the wing area covered by propeller thrust, firm landings were the norm. Then several accidents occurred, killing three planeloads of passengers. The fault was traced to weak engine mounts. Though Lockheed reinforced them and solved the problem, the airlines were already backing off, for public confidence in the Electra II had faltered dramatically. The airlines were worried- the new 727 wouldn’t be in service until 1964. The DC9 design wouldn’t enter the picture until 1965. Air travelers were avoiding the Electra II, so airlines needed a replacement. Boeing, Douglas and Pratt & Whitney were working hard for economy of operation in their new jet designs. While the airlines waited, they continued on with their piston-engine fleets. Lockheed’s Electra II production ended at 170 aircraft in 1963.

The military, however, loved the P-3 variant. While the airliner was produced for only four years, the P-3 enjoyed a production run of nearly 30 years and 757 aircraft built. The Navy knew a good design when they saw one. The P-3 could fly low over the world's oceans for hours on end, carrying the latest technologies in a roomy and quiet cabin. Other nation's Navies bought the P-3 too. When a design is still in service after 40+ years, you just know it was a good design to begin with.